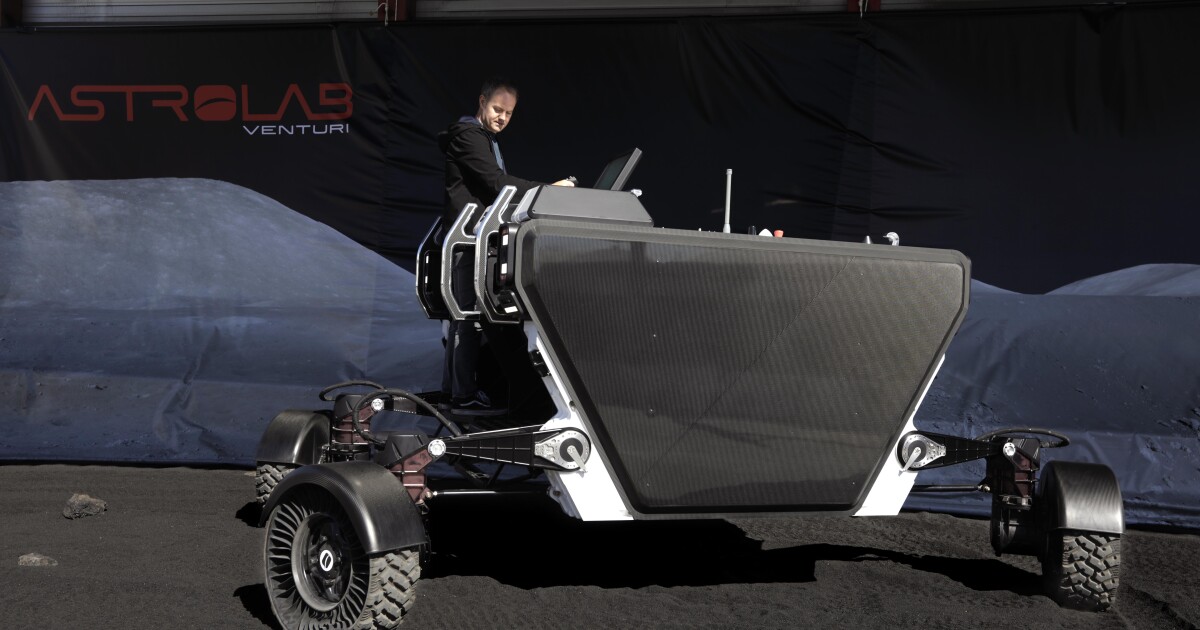 A Hawthorne startup is joining much bigger players in the drive to explore settlement on the moon, as plans by NASA to send astronauts back there heat up the commercial lunar market.

Aerospace firm Venturi Astrolab Inc., better known as Astrolab, is building an all-purpose truck that is intended to construct lunar infrastructure and ferry astronauts around, enabling work that would make long-term settlement on the moon possible.

Companies are betting that NASA’s drive to return to the moon in several years, along with technological and business advancements that have lowered launch costs, could be lucrative for businesses that get in there early and succeed.

“We are transitioning now from just the earliest phase of exploration to the early stage of settlement,” said Chris Hadfield, a retired Canadian astronaut and advisory board member for Astrolab. “This is going to become part of human commerce and human geography,” he said of early moon settlement.

NASA is aiming to launch astronauts to the moon no earlier than 2025 as part of its Artemis program, which aims to land the first woman and first person of color on the moon. The goal is to develop a sustained lunar presence, which would serve as a steppingstone of sorts to future missions to Mars, from a place relatively close to home where astronauts could further explore the moon and train on how to live and work in space.

The moon is about 238,000 miles from Earth, while Mars is on average about 140 million miles away.

First, that would require a base for operations on the moon. Already, SpaceX has won a contract to develop a lunar lander that would deliver astronauts to the lunar surface. Last year, aerospace giants Northrop Grumman and Lockheed Martin said they were working on lunar terrain vehicles for astronaut transport that could compete for a future NASA contract.

Founded in 2019 by former NASA employees, NASA’s Jet Propulsion Laboratory and SpaceX, Astrolab is building a rover capable of completing tasks such as construction, transporting supplies to build a lunar base, research and exploration, as well as ferrying astronauts around the moon’s surface. The 15-person company is currently testing a prototype vehicle.

Unlike other rovers, which are often designed for a specific exploratory purpose, Astrolab’s Flexible Logistics and Exploration rover is intended to be more versatile, said Jaret Matthews, company founder and chief executive.

“We want to be the UPS or FedEx of the moon,” Matthews said.

On Wednesday afternoon in Hawthorne, Matthews demonstrated how the rover is able to roll over rocks, maneuver sideways and spin around and pick up and carry loads. He said the rover can carry twice the capacity of a Ford F-150 truck bed. The company wants to build a fleet of rovers eventually.

Matthews spent 10 years at NASA’s JPL working on Mars rovers before moving to SpaceX and developing the system that allows the Crew Dragon astronaut-carrying capsule to dock with the International Space Station.

“What I love about rovers is they’re an extension of humanity — our ambassadors in the solar system,” he said.

Matthews said Astrolab’s rover is different from other rovers in development because astronaut transportation is only one part of its job. The company is aiming to get a rover onto the moon before astronauts arrive so it could set up ahead of time.

“Astronaut time is the most precious time in the world,” he said. “The more we can do robotically … the better.”

At least at first, the lunar market will be limited to government contracts, said Laura Forczyk, owner of space consulting firm Astralytical. But if technology matures and the market proves itself, it could expand beyond government exploration to construction, mining of resources, lunar infrastructure or even tourism.

“In the future, as we start to get more comfortable with lunar exploration, it could really open up,” Forczyk said. “But it’s so early in the process that we don’t know which direction is going to be most realistic.”

Astrolab is not betting solely on government contracts for its business case. Matthews would not discuss the company’s investors or finances, citing Astrolab’s status as a privately held firm, but said he thinks the rover will be competitive for a number of commercial and civil opportunities.

The company’s moonshot has taken the pilot rover from its base in Hawthorne to Death Valley, where Hadfield, the Canadian astronaut, tested whether it could be operated successfully in a rugged landscape.

Clad in a bulky spacesuit mock-up, he and a partner stood on a platform at the controls on the back of the rover, as if they were ready to operate a much bulkier, four-wheeled Segway. They began driving the prototype away. As they drove, the team chasing them faded away, and the test suddenly became “very realistic.”

“There was nothing in our field of view that was human,” Hadfield said. “There were no tracks, no buildings. It wasn’t perfect, but it was quite evocative of what it’s going to feel like, and obviously what it felt like for the 12 guys that walked on the moon.”