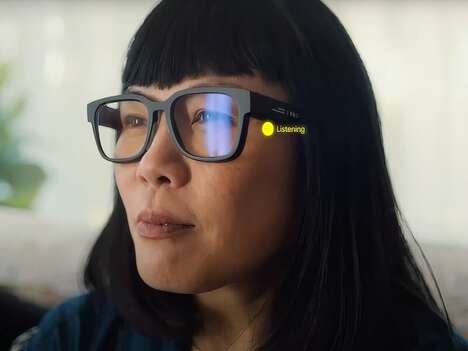 The Google AR glasses have been conceptually designed by the company as an ultra-modern wearable device for professionals and international travelers to keep them in communication with total ease wherever they go.

The glasses maintain a simple construction that looks like a normal eyewear style, but reveals advanced technology inside when conversing with someone in another language. Porters would be able to see translations in real time thanks to augmented reality (AR), which would allow them to always understand those around them. The scenario only improves if both people in the conversation wear glasses to help them communicate in their own language, but also allow the other to understand.

Google AR glasses are a concept for now, but they may hit the market in the near future.