New image from HBO’s The Last of Us 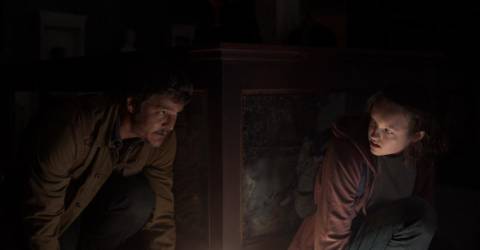 WHILE Fans of the popular video game The Last of Us are eagerly awaiting its next television adaptation, HBO has released a new image from the series that shows Pedro Pascal and Bella Ramsey as Joel and Ellie hiding from a clicker.

The image was unveiled on Thursday at the Summer Game Fest.

In The Last of Us, clickers are humans infected with the parasitic fungus cordyceps, one of the post-apocalyptic monstrosities taking over the world. Clickers get their hideous look when the fungus erupts from their heads after taking control of their bodies. After the fungus infects a human, it transforms into brainless zombie-like beings that attack other living humans.

The new image was unveiled by Neil Druckmann, co-president of video game studio Naughty Dog and co-creator, executive producer, screenwriter and director of the HBO series, along with voice actors Troy Baker and Ashley Johnson, who voiced Joel and Ellie in games