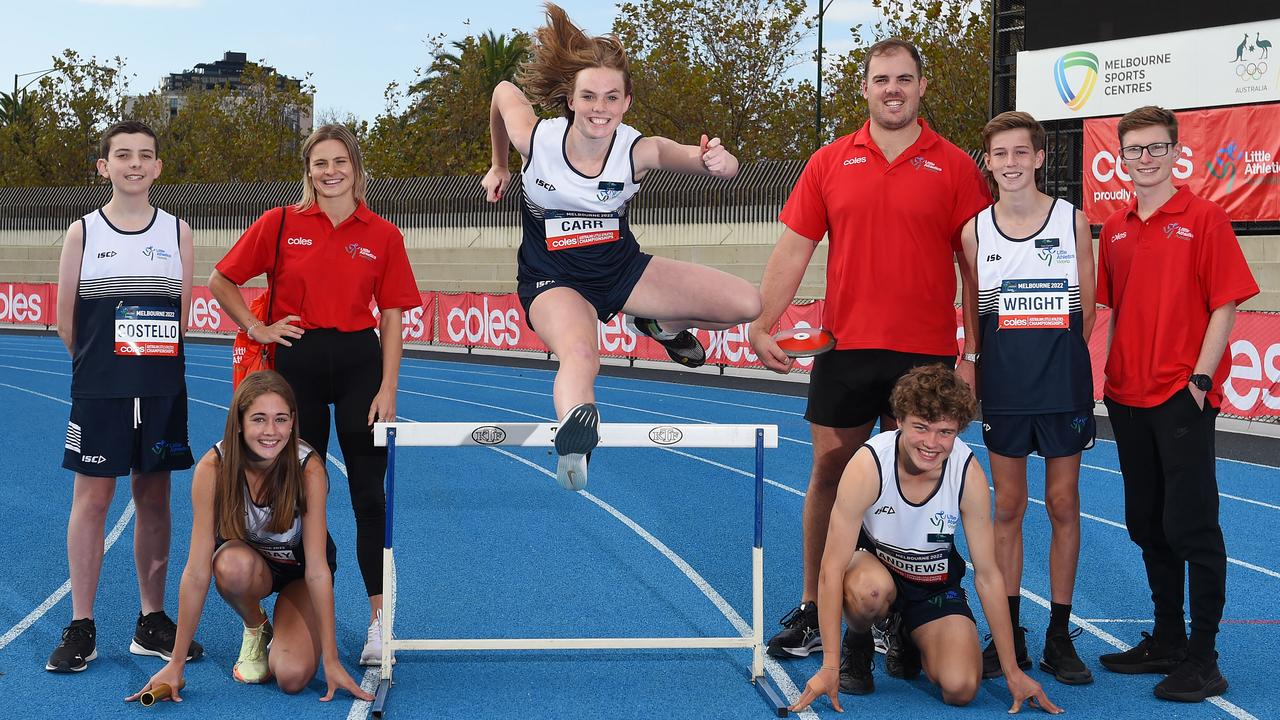 Australian Small Athletics Championships come back to life after Covid with a more inclusive schedule: Paralympic Jaryd Clifford’s changes say they increase visibility as much as accessibility.

You can’t be what you can’t see, which is why Jaryd Clifford is thrilled that athletics is moving towards inclusion.

The 22-year-old, three-time Tokyo Paralympics medalist, is proud that the Coles Australian Little Athletics Championships are hosting multi-class events for the first time.

“As a small athlete 10 years ago, we didn’t have the ability to run as para-athletes at state or national championships. I remember raising him at 13, “she said.

Held between Saturday and Sunday, this weekend’s championships are held for the first time in three years due to Covid cancellations, bringing 250 of Australia’s best little athletes from across the country to Melbourne’s Lakeside Stadium.

The scoring system for multiclass athletes is Baseline Performance, a simplified way to compare performance in multiclass events. Use a time / distance / height base in each class for each contestable event and measure it as a percentage of the individual athlete’s performance to generate a percentage score.

“With the 2032 Paralympic Games hosted in Australia, it’s a great opportunity to start at the grassroots level,” said Clifford. “Some of these athletes may be vying for a spot on the Paralympic team in 10 years.”

He believes that sport has the power to change culture and create a new conversation about disability.

“When I was younger, I was an anomaly on a team, but now kids go to teams with para-athletes and that’s normal,” he said.

“The Paralympics have always been able to be heroes only for children with disabilities, but now they can be a hero for any child who plays sports. That’s where it’s going, I definitely noticed it after the Tokyo Games.

“Accessibility is not just about making you able to do things, but about making things visible. If people can’t see what’s possible, they won’t know they can. ”

This was the case with Liam Costello. The 14-year-old will compete in the Under 15 multiclass races (100m, 200m, shot put, discus and long jump) at the Championships and wants to become a Paralympic.

His mother, Sharon, said success on the sports field allowed her son to blossom.

“He went from being the quiet, shy and disabled guy to being the sporty one,” he said. “People started getting to know his name and we started seeing his grades in school go up a bit.

“It was a fantastic trip, I would never have chosen it. He had a tumor removed when he was three years old due to brain cancer and we were told that he would probably diminish fairly quickly and be in a full-time wheelchair in high school. Seeing him excel was incredible.

“One of his goals is to become a para-athlete once he found out they existed. We had absolutely no idea that it was possible. ”

Little Athletics clubs and centers nationwide have received equipment grants and banana donations from Coles since 2017.

To celebrate National Banana Day on Wednesday, Coles is donating 10 cents for every pound of Cavendish bananas sold in store from April 27 through Tuesday May 3, for up to $ 150,000. All funds raised will go to the Coles Little Athletics Community Fund.