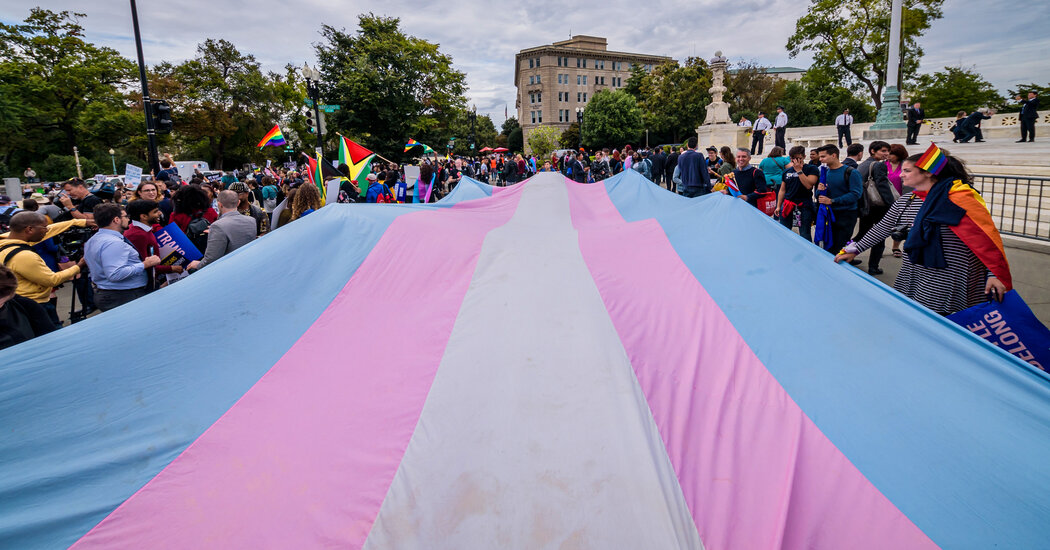 “I think a big part of it is definitely the Internet,” said Indigo Giles, a 20-year-old college student in Austin who protested the Texas state investigation into parental abuse of transgender children.

Mx. Giles said they realized they were non-binary after they found a community of like-minded people on Tumblr. “People who maybe have had these feelings for a long time, but don’t have the words to tell them, can finally see, in such an easily accessible way, others who feel the same,” they said.

And conversely, it may be much more difficult for older people to explore their gender identities later in life.

Dr Hammack described one person he interviewed who talked about how difficult it was to declare yourself non-binary in your fifties because “we look around us and everyone is so young”. And others who identified themselves as masculine or masculine lesbians, she said, told him, “If I were that young, I might have gone that route, but it wasn’t available.”

Dr Goepferd, of Children’s Hospital Minnesota, pointed to another possible reason for the lower percentage of transgender people who are older: Because of the lower access to health care, coupled with the high rates of violence and suicide, transgender people are more likely to die at a young age.

“The harsh reality is that we don’t have trans seniors because they didn’t survive,” they said.