Legendary English physicist Professor Brian Cox has said that putting humans on Mars in the modern age will be an even bigger challenge than getting to the Moon was for NASA engineers 60 years ago.

In an interview with MailOnline, Professor Cox said he doesn’t think humans will reach Mars until the 2040s ‘at the very earliest’, and even then the effort required to get them there will be a ‘whole other order of magnitude’.

The average distance to Mars (140 million miles) and the time to get there (up to a year) will make it ‘hard on every level’ to get there, he said.

However, he suggested an ‘international effort’ to build the infrastructure needed to keep humans alive on Mars, such as a protective base, could potentially be launched in the next 10 years.

Professor Cox was speaking to MailOnline ahead of the broadcast of a new BBC documentary called ‘Seven Days on Mars’, airing on Friday night.

In the documentary, he goes behind the scenes at NASA’s Jet Propulsion Laboratory (JPL) in California as engineers track the progress of the Perseverance rover, which has been on the surface of Mars for nearly 18 months.

The rover is tasked with seeking traces of fossilised microbial life from Mars’ ancient past and to collect rock specimens for return to Earth.

Professor Brian Cox (pictured) has spoken to MailOnline ahead of the broadcast of a new BBC documentary called ‘Seven Days on Mars’, airing on Friday night

Professor Brian Cox fulfils a childhood dream by going behind the scenes at Nasa’s Jet Propulsion Laboratory (JPL), mission control for Mars 2020 – one of the most ambitious missions ever launched that may finally reveal if life ever existed on the red planet.

Professor Brian Cox has been granted privileged access to JPL, including key mission areas that are usually off-limits to film crews.

He spends a week following the team who guide the Perseverance rover and the Ingenuity helicopter – the first powered aircraft ever sent to another planet – across the surface of Mars.

Perseverance’s goal is to search for signs of long extinct life on the surface of Mars in an area called Jezero Crater, which, 3.8 billion years ago, was filled by a vast lake.

Speaking from Portland, Oregon, Professor Cox said that getting humans to the red planet, as opposed to rovers, will be a ‘whole other order of magnitude’.

‘I’d be surprised to see anyone there before the 2040s at the earliest, although I’d love to be wrong,’ he told MailOnline.

‘I think it’s even more difficult than going to the Moon was in the 1960s. Apollo was at the edge of our capabilities in the 60s – it was right at the edge of available technology. And I think Mars is perhaps even slightly beyond that at the moment.

‘I wouldn’t be surprised if we’ve started sending the infrastructure within the next 10 years.’

SpaceX, Elon Musk’s private company, is also planning its own mission to put humans on Mars as soon as possible.

Musk recently said manned missions to Mars will happen by 2029, but Professor Cox doesn’t think this is plausible.

‘SpaceX are a remarkable company. They did do something astonishing, which is transforming the economics of space flight.

‘You never know with them, they are really good engineers. But my guess is that [Musk’s prediction] is optimistic.’

Professor Cox also said he would not go to Mars tomorrow even if the technology existed.

‘Psychologically, being away from the Earth for two years – we don’t really know what that does to people,’ he said. 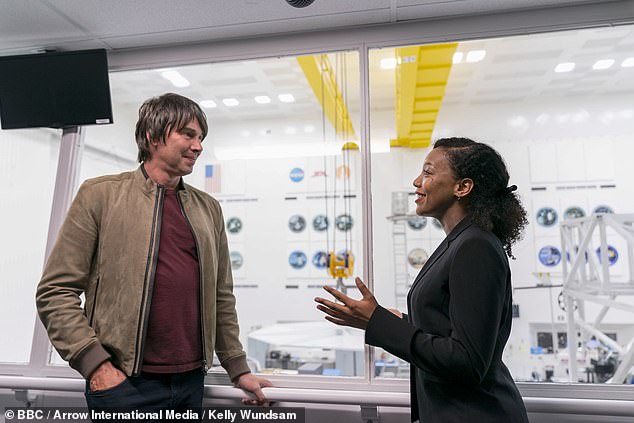 Professor Cox was granted privileged access to JPL, including key mission areas that are usually off-limits to film crews 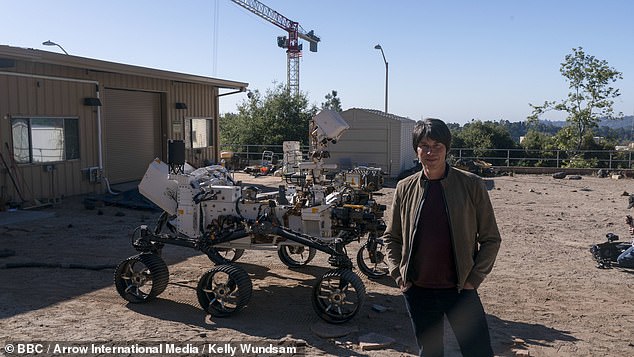 – Favourite takeaway: ‘Basically any. I’m not being weird but I like all food.’

– Favourite place to visit: ‘Svalbard in Norway is just the most fascinating place.’

– Coffee or tea: ‘I used to drink tea all the time… I drink coffee in the morning now but that was a recent innovation.’

– Favourite film: ‘My favourite science fiction film recently was Interstellar… the last movie that I saw was Top Gun [Maverick] and I loved it.’

‘Seven Days on Mars’, which was filmed in March this year, follows Professor Cox as Perseverance reaches a critical stage of its mission – striking out at top speed for the sites most likely to house signs of life.

Professor Cox was granted privileged access to JPL, including key mission areas that are usually off-limits to film crews.

‘The access we had was just remarkable – every morning we turned up and went to the meeting and we saw the data when they did,’ Professor Cox told MailOnline.

‘It’s filled with engineers who are just the best of the best… to me it’s a model of how you do difficult stuff. ‘

Perseverance’s goal is to search for signs of long-extinct life on the surface of Mars in an area called Jezero Crater, which 3.8 billion years ago was filled by a vast lake.

If it finds evidence of that life, it could change everything experts know about the universe and transform understanding of human origins.

For example, Professor Cox said it’s possible that life began on Mars and was transferred to Earth, such as on a Martian rock – which would mean that ‘we’re Martians’.

What Martian life once looked like has been the subject of scientific interest for centuries, but Professor Cox said that the most advanced life to ever have existed on Mars was likely single-celled organisms ‘at best’.

‘Nobody expects that you’ll find anything more complicated than that; the reason is that it took 3 billion years on Earth to go from single cells to multicellular life, as far as we can tell,’ he told MailOnline.

‘So it looks like it took billions of years to evolve from single-cell to multi-cell on Earth, and there wasn’t that time on Mars; it’s certain that conditions had deteriorated a few hundred millions years after life may have begun.’ 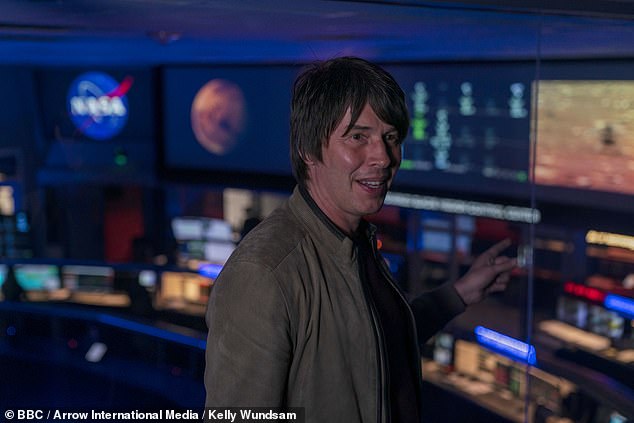 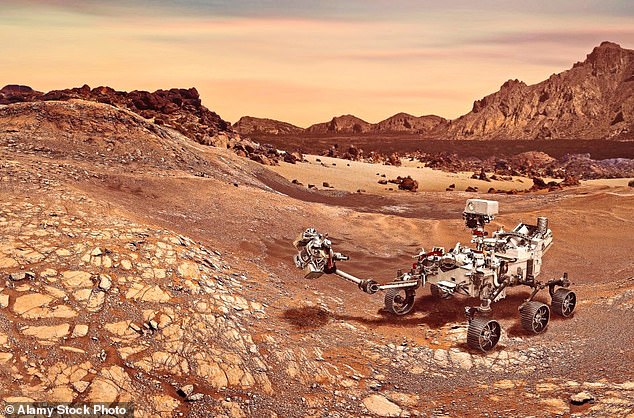 Artist’s impression of the Perseverance rover on Mars. The rover touched down on Mars’ Jezero Crater on February 18, 2021 after a nearly seven-month journey through space

Professor Cox said he’s had a fascination with the planets for as long as he can remember. In 1980, a young Brian Cox wrote to JPL asking for photos from some of their missions to the planets.

The pictures they sent him from Voyager and the Viking mission to Mars were a source of inspiration that set him on the path to becoming a physicist.

‘I wrote to them because that was my interest, and to my astonishment they wrote back and sent pictures and books and things about those missions,’ he told MailOnline.

‘To a kid in Oldham, I couldn’t believe it. Not even someone in America, someone in Oldham! NASA, to their immense credit, have always been like that.’

NASA MARS 2020: PERSEVERANCE ROVER AND INGENUITY HELICOPTER ARE SEARCHING FOR LIFE ON THE RED PLANET

NASA’s Mars 2020 mission was launched to search for signs of ancient life on the Red Planet in a bid to help scientists better understand how life evolved on Earth in the earliest years of the evolution of the solar system.

Named Perseverance, the main car-sized rover is exploring an ancient river delta within the Jezero Crater, which was once filled with a 1,600ft deep lake.

It is believed that the region hosted microbial life some 3.5 to 3.9 billion years ago and the rover will examine soil samples to hunt for evidence of the life.

Perseverance landed inside the crater and will slowly collect samples that will eventually be returned to Earth for further analysis.

A second mission will fly to the planet and return the samples, perhaps by the later 2020s in partnership with the European Space Agency.