Is Biden’s “success” our mess? 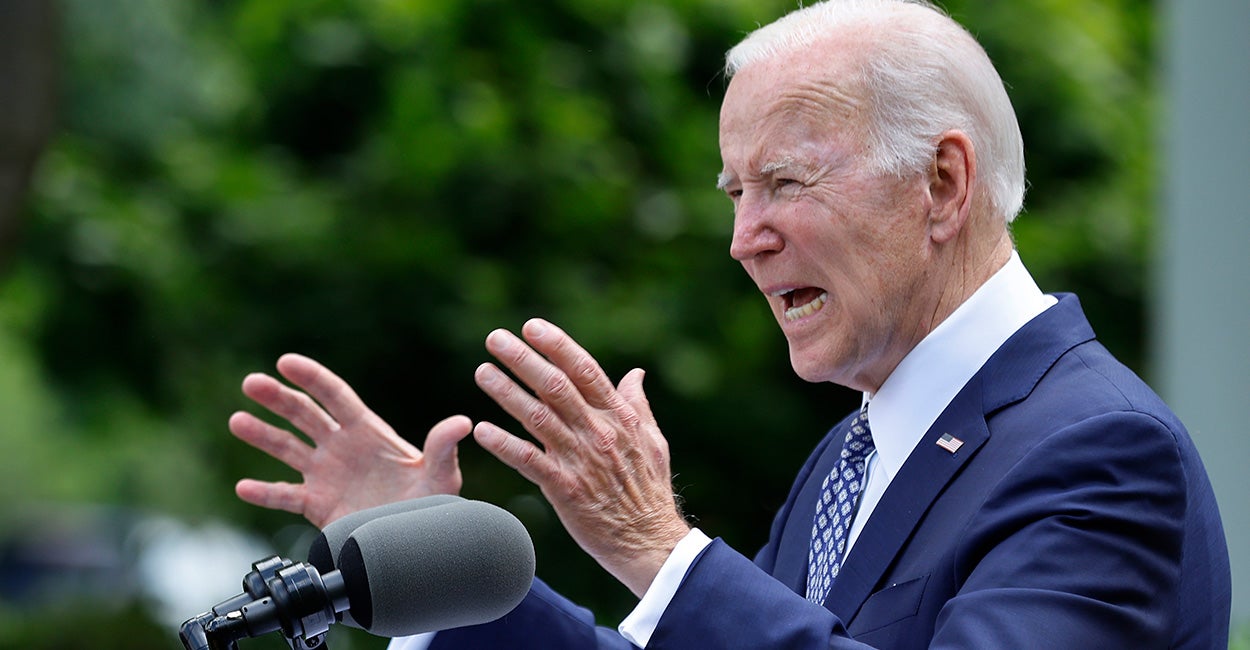 If an administration had deliberately wanted to wreak havoc on the border, ensure that fuel was nearly inaccessible, create a crime wave, trigger the hyperinflation of the 1970s, and rekindle racial tensions, what would it have done different from what did president Joe Biden?

So is Biden mischievous, incompetent, or an aspiring leftist ideologue?

When pressed by inflation and rising fuel prices, Biden blames someone or something else, gets mad at the questioner, or claims former President Donald Trump did.

His administration apparently believes that things are going well and according to plan.

When polls disagree, his team believes Americans have been brainwashed or that they themselves have not provided enough propaganda. So they never pivot or compromise, but again engage in continuous failure.

Why? Apparently, what most of the country sees as disasters, Biden sees as a success.

Take the border, or rather its disappearance.

Never in US history has an administration simply canceled immigration laws, opened the border, and welcomed millions of illegal aliens. All arrive illegally, and without audits, vaccinations and tests in time of a pandemic.

Cartels now import lethal drugs into the United States at will. We have no idea how many terrorists cross the border each day.

Nearly all of the millions inbound who break the law are poor, with no high school diplomas or knowledge of English, and in dire need of massive federal and state housing, food, education, legal and health benefits.

Does the left in Washington believe millions of new dependent residents will look to the left for decades of support and soon find ways to loyally reciprocate at the polls? Is this why the Democrats unrepentantly boast as a tribal about changing the demographics of the electorate?

Steven Chu, former President Barack Obama’s designated secretary of energy, once mocked in the 2008 campaign when he openly wished US gas prices to reach European levels.

Indeed, the left has always believed that the only way to achieve their goals was to discourage driving, force middle-class Americans to get on trains and buses, and persuade them to live in urban skyscrapers rather than drive spitting cars. carbon from the spacious suburban ranch-style homes was to encourage high fuel prices.

Is this why Biden simply canceled the new federal oil and gas leases during the current energy crisis? Given that diesel reaches $ 7 a gallon in California, why else has it refused to finish the Keystone XL pipeline or reopen the Alaskan oil fields?

Inflation officially continues to exceed 8% per year. Most consumers believe it is twice as much as when they pay for food, fuel, building materials, houses or rent – the essentials in life.

What did the Biden administration expect from keeping real interest rates near zero, while printing trillions of dollars at a time when supplies were scarce and demand was increasing?

Or did he think that inflation “spreads wealth” more equitably? Does it require new necessary attacks on “corporate greed?” Does it require more federal intervention and socialist policies?

If inflation is “bad” for the most part, it might not seem that way to this leftist administration.

Violent crime is reaching the levels of the 1970s. The combination of defining the police, radical city and county prosecutors who do not accuse or lock up criminals, and the emptying of prisons and prisons has triggered a wave of national crime.

Do you think it is more socially right to let criminals be free than to imprison them?

Do you believe in “critical legal theory” that laws do not reflect ancient ideas of right and wrong, but are instead “built” by the privileged to oppress the already oppressed?

Is what Americans see as a dangerous crime something that Biden fanatics applaud as hard social karma?

Americans are tired of the new week’s tribalism. Judging individuals on the basis of their race, sex, or superficial appearance is amoral and contrary to the entire civil rights movement and the United States Constitution.

It destroys any idea of ​​meritocracy and artificially divides the country into alleged victims and executioners.

But do the people of Biden see it this way?

Or do they promote racial tensions and tribalism, as welcome revolutionary fervor?

In this regard, the Bidenites promote identity politics as a good way to raise the plate, demonize the alleged oppressors and deify the oppressed, all as a way to maintain political power. For the left, living in a socialist nation controlled by an elite is far preferable than living in a free and prosperous nation that responds only to the people.

The public believes that the Biden administration has disappointed America, with disastrous results due to its incompetence, belligerence, or left wing fanaticism.

But Biden and his delusional team seem happy with what they’ve accomplished.

In summary, what Americans see as an abject catastrophe, they hail as a staggering and planned success.

The Daily Signal publishes a variety of perspectives. Nothing written here is to be constructed to represent the views of the Heritage Foundation.

Do you have an opinion on this article? To ring out, please email[email protected]and we will consider posting the edited comments in our normal “Hear You” feature. Remember to include the URL or title of the article plus your name and city and / or state.

the mail Is Biden’s “success” our mess? appeared first The DailySignal.