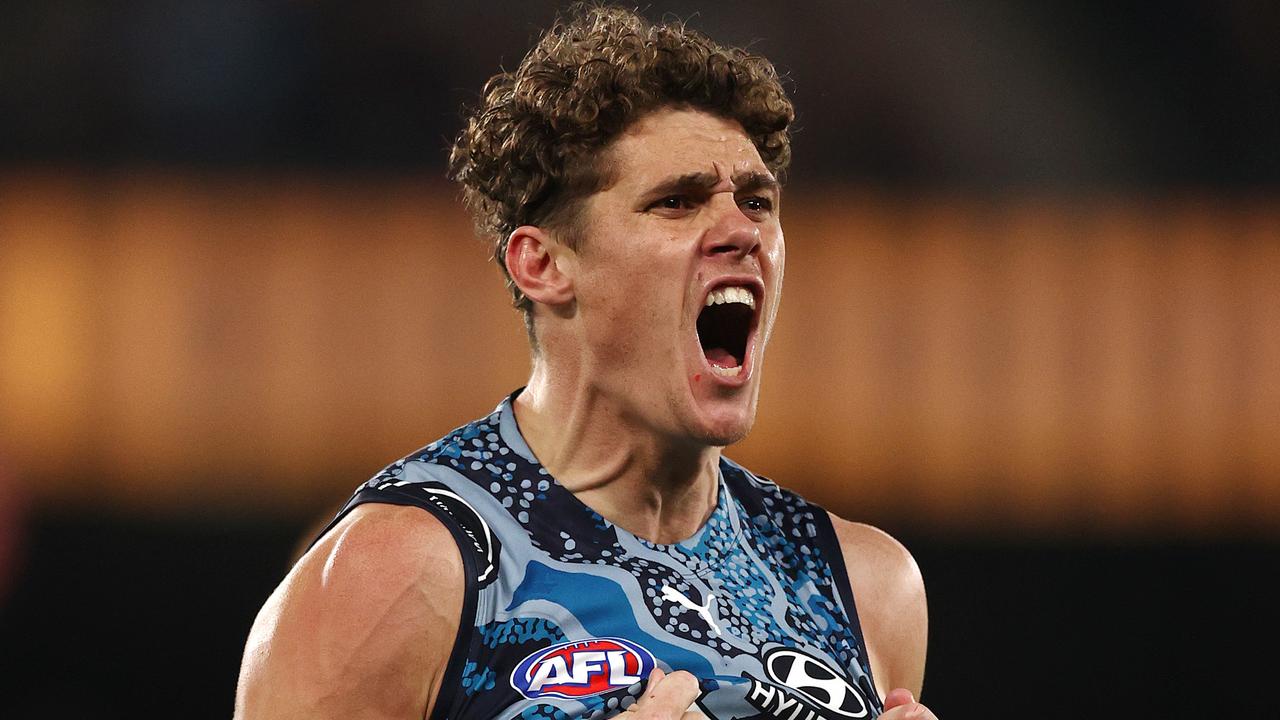 Carlton’s jet Charlie Curnow released a statement as the Blues warned the AFL with 30 minutes of bizarre football.

Charlie Curnow extended his lead in Coleman’s medal when he scored six goals to help the Blues overtake Sydney on Friday night.

The striker scored five goals in the first half – the first time a Blues player hit five in the middle since Jarrad Waite in 2013.

The only Blues player to do better this century was Brendan Fevola, who scored six goals in between.

The 25-year-old player’s first half set home fans at Marvel Stadium in the second quarter when Carlton produced 30 minutes of bizarre straight-to-halftime football.

Swans manager John Longmire eventually moved Dane Rampe to Curnow in the second half after he proved too much for Tom McCartin to handle.

Carlton wiped out the Swans with a nine-goal second quarter that included a streak of six consecutive goals.

The Blues haven’t scored nine goals in a quarter since 2012.

Brian Taylor said on Channel 7 that Curnow was “on fire”.

“At the moment they are absolutely wiping them out of the water,” he said.

“This is incredible stuff.

The Swans have never been able to recover.

For a brief moment at the start of the fourth quarter it looked like the Swans could pinch the four points when the margin was narrowed to just eight points, but the Blues held out for a famous win that brought Michael Voss’s team to the 8- 2 for the season, entrenched in the top four.

Garry Lyon was blown away by Curnow’s halftime performance and how helpless Sydney looked as she tried to stop him.

“He’s the beacon, the rest of the Sydney Swans team know where he’s going, but they managed to get him to play one-on-one,” Garry Lyon told Fox Footy at half time.

“Any performance is as good as the opponents – Tom McCartin is a very, very good player.

“What you are seeing here … this was an astounding first aided by Charlie Curnow.”