Kindle Scribe is the tech giant’s first Kindle to come with a stylus – a pen-like device with a tip for ‘drawing’ on the display.

The 0.22-inch thin device has a 10.2-inch ‘glare-free’ display that ‘feels like real paper’ rather than a screen.

The battery-free stylus magnetically attaches to the side of the device and is included with the Kindle.

Kindle Scribe is now available for pre-order starting at £329.99, and is released November 20.

Halo Rise is a new bedside sleep tracker that doubles as an alarm clock.

It uses non-contact sensors and artificial intelligence to measure a person’s movements and breathing patterns while they sleep.

Amazon stressed that information in the device will be kept safe – saying the ‘health data is encrypted in transit and at rest in the cloud’.

The devices have the highest excursion speaker of any Echo Dot, meaning sound travels further than before.

The devices deliver up to two times the bass in the same compact device size and the new sensors enable more contextual Alexa experiences. 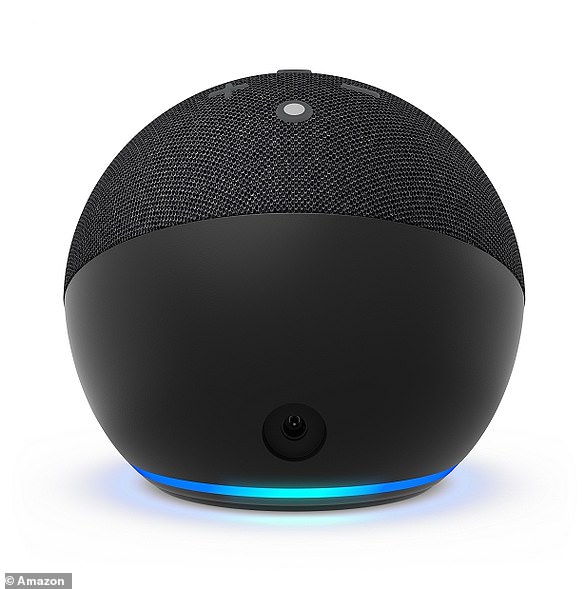 The new Echo devices maintain the spherical shape, which was introduced in 2020 instead of the previous hockey-puck-shape 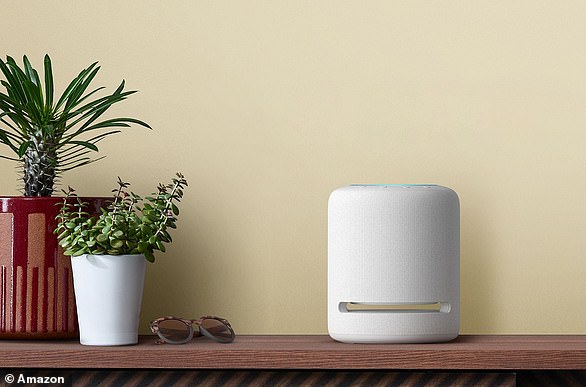 Meanwhile, the Echo Dot Kids (£64.99) is available in two new fun designs – Owl and Dragon – and comes with a free suite of parental controls, two-year worry-free guarantee and one year of Amazon Kids+, the firm’s subscription service for children.

The new Echo Dot devices maintain the spherical shape, which was introduced in 2020 instead of the previous hockey-puck-shape.

This new Echo Studio will have even more advanced audio thanks to new spatial audio processing technology and frequency range extension.

Fire TV Cube combines an Alexa-powered speaker and a TV streaming box. This third generation of Fire TV Cube (£139.99) is 20 per cent more powerful than the previous generation, Amazon says. 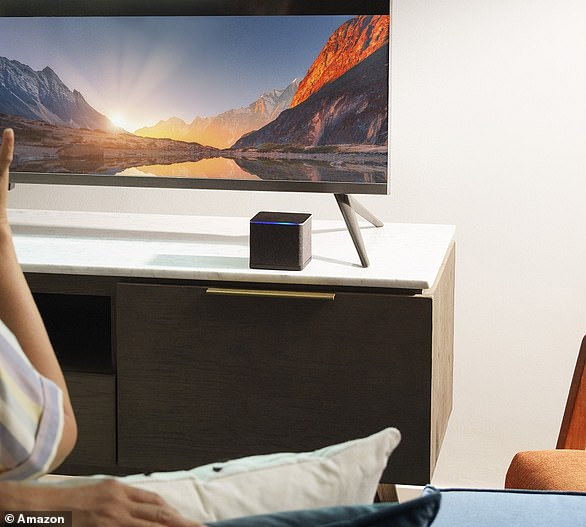 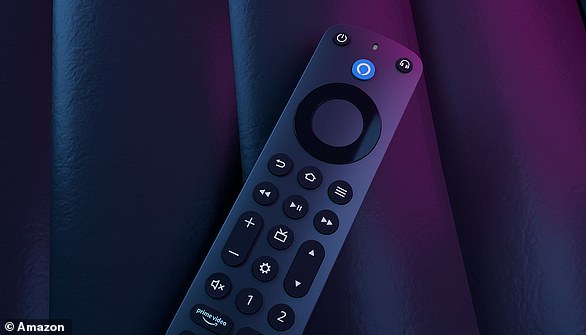 Amazon also revealed a new £34.99 remote control, which can play music to help you locate it and customizable buttons

Amazon also revealed a new £34.99 remote control, Alexa Voice Remote Pro, which can play music to help you locate it and customizable buttons, as well as two new home security cameras from its Ring subsidiary.