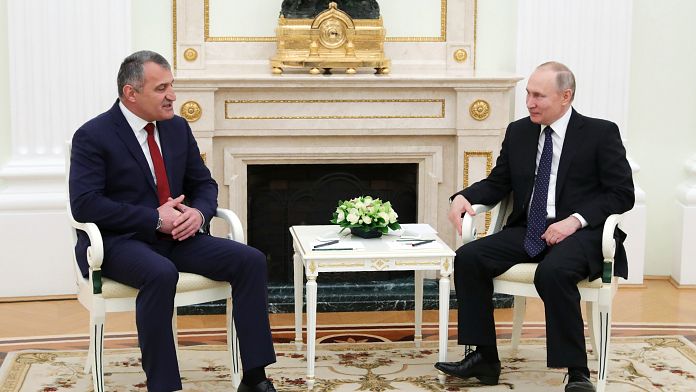 The leader of the Georgian breakaway region of South Ossetia announced on Friday that a referendum on joining Russia will be held in July.

Russia has exercised effective control over the region since it fought a brief war with Georgia in 2008. Russia and a handful of other countries recognize South Ossetia as an independent state, but most of the world still view it. part of Georgia.

“We did it!”, South Ossetian leader Anatoly Bibilov wrote on Telegram on Friday, announcing that he had signed a decree setting the referendum for July 17.

“In legalese, we have yet met another important legal requirement,” he said. “And in plain language, we’ve taken a life-changing step: we’re going home, we’re going to Russia.”

About a month into Russia’s war with Ukraine, Bibilov said South Ossetia would take the necessary legal steps to join Russia.

The referendum more or less follows the Crimean pattern. After Russia seized the Black Sea Peninsula from Ukraine in 2014, a referendum was held on joining Russia and 97% are said to have voted in favor. The referendum took place while Crimea was under the control of Russian troops and the result was not recognized by most countries. Russia then annexed Crimea.