“They don’t know what war is”: the soldier fears that the Ukrainian forces are not ready for the Russian assault 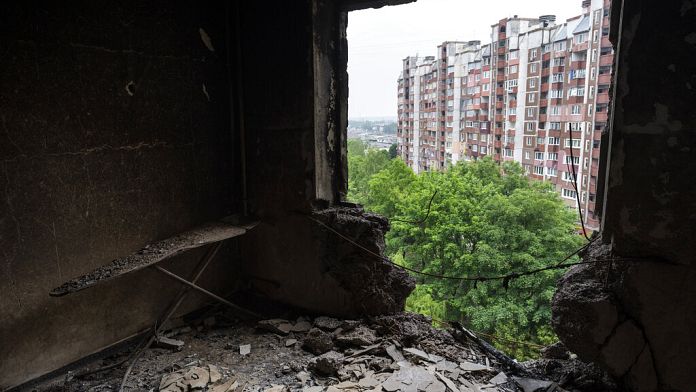 President Volodymyr Zelenskyy said Monday that between 50 and 100 Ukrainians die every day as Russia struggles to gain control of the eastern Donbas region.

Fierce fighting rages in Severodonetsk and Lysychansk, in Luhansk, where local officials have accused Moscow of using “scorched earth” tactics and indiscriminate bombing.

Russian forces have launched continuous attacks on Luhansk since the Kremlin war machine turned its attention eastward in April. Ukrainian officials say essential medical services and supplies are running out.

So far, Ukrainian forces have managed to hold back many Russian attacks on the Eastern Front. But Ukrainian authorities say they believe Russian manpower and firepower are being deployed from other regions and are now hitting Ukrainian lines with continued shelling.

Some fear that Ukrainian troops on the front line are not necessarily prepared for the brutality of war.

“People who don’t know what war is, will fight. They have no idea what war is,” an injured Ukrainian military coach told Euronews international correspondent Anelise Borges, who is located in the eastern Ukrainian city of Dnipro. .

Andriy, 41, was part of a unit in Luhansk province that lost 80% of its fighters in a Russian attack on March 27. He now he has to face a year in the hospital; his two sons are still fighting.

“We need weapons,” he continued. “If we have weapons but we don’t know how to use them, if a person can’t control a mortar, one millimeter of error equals 10-100 meters during the shot. If he doesn’t know how to shoot, what’s the point of giving them weapons.”

Check out Anelise Borges’ report in the video player above.