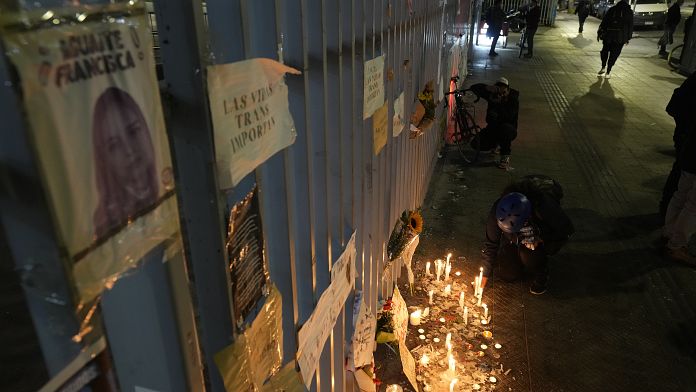 Chilean police used water cannons against protesters in the capital Santiago, as clashes erupted after a vigil in honor of the late journalist Francisca Sandoval.

She died after being shot and killed on the sidelines of a trade union demonstration organized on the occasion of International Workers’ Day on May 1.

Some groups have set up barricades and stopped traffic in the Plaza de Italia, the epicenter of the so-called “social hotbed” protest movement since 2019, in the heart of Santiago.

Vigils were held in the capital, with candles and photos of the journalist.

During the struggle on May 1st, a group of street vendors came out to confront the demonstrators with shots that hit three people, but it was Sandoval who got the worst of it.

Chile is experiencing its worst public security crisis, with a mixture of vandalism and social protests, an increase in drug gangs in the poorest sectors of the country and illegal possession of weapons.