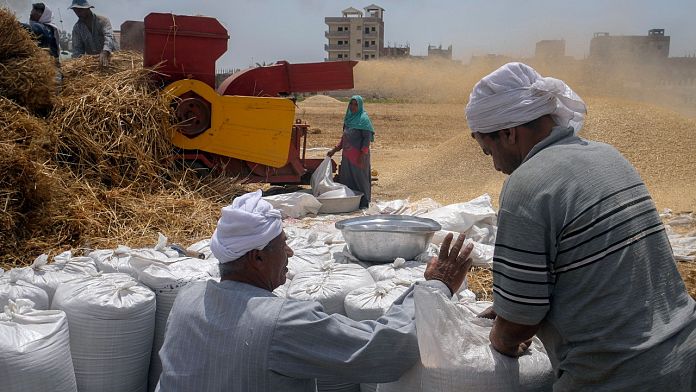 On Saturday, the Group of Seven Major Economies warned that the war in Ukraine is fueling a global food and energy crisis that threatens poor countries and that urgent measures are needed to unlock the grain reserves that Russia is preventing from leaving Ukraine.

Baerbock said up to 50 million people, particularly in Africa and the Middle East, will face starvation in the coming months unless ways are found to release Ukrainian wheat, which accounts for a sizable share of the world supply.

In statements released at the end of the three-day meeting on Germany’s Baltic Sea coast, the G-7 pledged to provide additional humanitarian aid to the most vulnerable.

“Russia’s war of aggression has spawned one of the most serious food and energy crises in recent history that now threatens the most vulnerable people around the world,” the group said.

“We are determined to accelerate a coordinated multilateral response to preserve global food security and support our most vulnerable partners in this regard,” he added.

Canadian Foreign Minister Melanie Joly said her country, another major agricultural exporter, is ready to send ships to European ports so Ukrainian wheat can be brought to those in need.

“We have to make sure these grains are sent out into the world,” he told reporters. “Otherwise, millions of people will face famine.”

The G-7 nations also urged China not to help Russia, including by undermining international sanctions or justifying Moscow’s actions in Ukraine.

Beijing should support Ukraine’s sovereignty and independence and not “assist Russia in its war of aggression,” they said.

The G-7, which includes Britain, Canada, France, Germany, Italy, Japan and the United States, also called on China “to desist from engaging in information manipulation, disinformation and other means to legitimize the war of aggression of Russia against Ukraine “.

The meeting at Weissenhaus, northeast of Hamburg, was heralded as an opportunity for officials to discuss the wider implications of the war for geopolitics, energy and food security, and ongoing international efforts to address climate change and the pandemic.

On Friday, Ukrainian Foreign Minister Dmytro Kuleba said his country remains willing to talk to Russia to unblock grain supplies blocked in Ukraine’s silos and also to reach a political deal to end the war itself, but so far. he had not received “positive feedback” from Moscow.